Vulnavia (looks 35, but actually 100; very pale, white eyes with no pupils) is a Benandanti witch. She only speaks via telepathy and is always seen with her familiar, a white wolfhound. She is slowly dying, and her rituals are becoming less effective at keeping evil from influencing the town. She has set the birth of her replacement, Caterina, in motion. 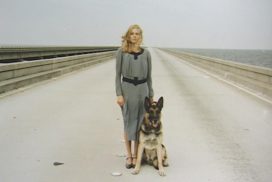 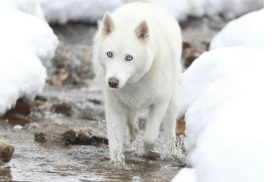 Donna  (40 [27 in act one]) is very protective of her young daughter, Caterina, and fears the changes she is going through. She’s tough and smart, and must fight her community to find out the truth of her husband’s sacrifice and her daughter’s purpose.

Caterina (13, very pale eyes, mute) is the seventh daughter of a seventh daughter and was born with the caul. She is on the cusp of womanhood and is experiencing many confusing changes to her body, including going blind. She has a pet sphynx cat named Victoria.

Battista (30) is a desperate man with an interest in the occult who will do anything to ensure his wife’s successful childbirth, even sacrificing himself out of love for his family.

There is a group of “pillars of the community” who are being influenced by the growing evil to attempt to open a permanent demonic portal in the town using Caterina as their sacrifice.

Dr. Abaddon & Nurse Tenebra run the hospital. They not only have ulterior motives on the night of Caterina’s birth, but continue to influence her life as she reaches puberty.

Father Paolo arrives when the longstanding Priest is killed by a tarantula. He does not believe in the “good word” and preaches fire, brimstone, and witch burning.

Mrs. Clemenza (80, church organist) has the exterior of sweet, older lady, but she is actually the nastiest and cruelest of them all.

Ms. Cazador (schoolteacher) resists the evil forces somewhat and has the most sympathy for Caterina, but she cannot quite break free to stop the cult from opening the gates of hell.

Mr. Leandro (60, undertaker) a la Telly Savalas in Lisa and the Devil or Angus Scrimm in Phantasm, spends his time digging up the dead, and walking around with creepy shells of people.